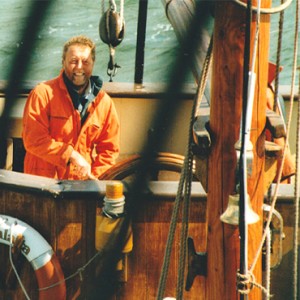 AOB Chairman Cyril Varley was a panelist at the Shipshape Heritage Training Partnership (SHTP) networking day, Wednesday 13th January 2016. Held at the Old Royal Naval College, Greenwich, the day was to present the completion of SHTP’s two year programme which gave 10 young people the opportunity to spend a year training on all aspects of historic ships.

Cyril presented briefly on the role of the AOB in maintaining Thames Sailing Barges and preserving the skills to keep them active in their native waters. SHTP are keen to work with the Thames Barge community and are working on recording traditional skills. There was a healthy attendance from various maritime heritage groups and interested parties. The meeting was treated to a video recorded by Tom Cunliffe, strongly promoting support of maritime heritage and the skills of sailing traditional craft.