On Tuesday 11 September 2018, Ipswich Maritime Trust arranged for a small group of historic craft to congregate in Ipswich’s St Peter’s Dock. St Peter’s is the site of the original Saxon dock at Ipswich and therefore has considerable historical significance. A number of AOB members attended, with three Thames Sailing Barges, Thalatta, Victor and Melissa providing a spectacle for passers by and invited media. The barges were joined by the tug Fenland and Bawley Gladys. As there was a good high tide, the flotilla was able to stay at the top of the New Cut for an hour or so, giving plenty of photo opportunities to passers by on Stoke Bridge.

The event draws attention to the significance of St Peter’s Dock which potentially could be cut off for larger craft should the proposed new bridge to the Island site go ahead without an opening section.
The AOB will continue to lobby for either a swing or lifting bridge. This may well be the final surviving element of the “Lower Orwell Crossing” project which is currently called in on cost grounds and potentially destined to be dropped. 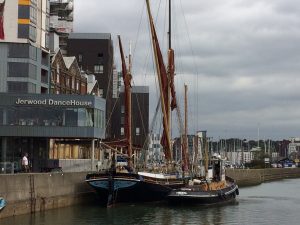 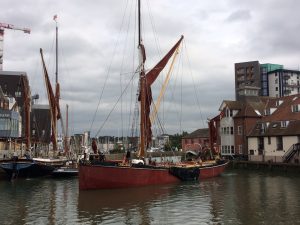 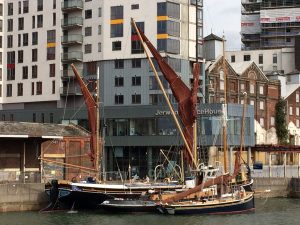 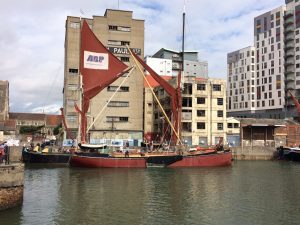